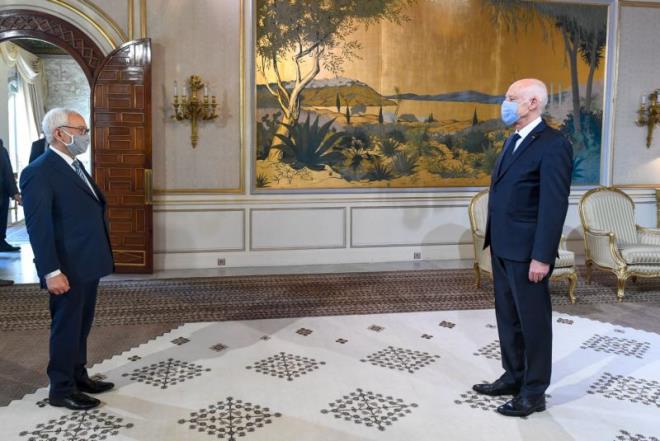 President of the Republic Kais Saied received on Thursday Eid al-Fitr greetings at an official ceremony in Carthage.

The ceremony was attended by Speaker of the House of People’s Representatives (HPR) Rached Ghannouchi, Premier Elyes Fakhfakh, government members, the Mufti of the Republic, the Governor of the Central Bank, party leaders as well as representatives of national and regional organisations, reads a Presidency press release.

Members of diplomatic missions of Arab and Muslim countries in Tunis were also present along with members of the Supreme Judicial Council, the Amy Supreme Council and the Higher Council of Home Security Forces as well as representatives of constitutional and independent authorities.