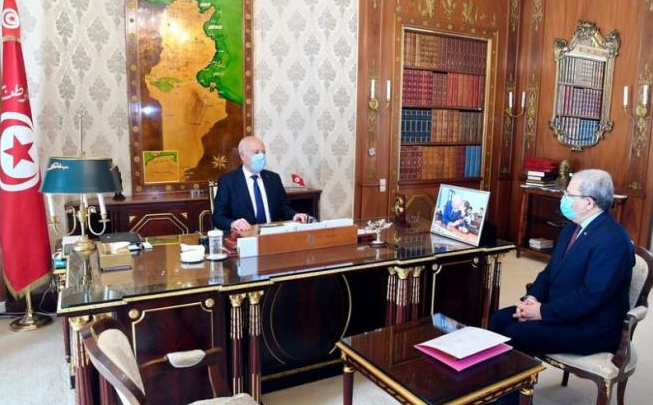 The meeting concentrated on Tunisia’s foreign relationships and the bonds it maintains with brotherly and friendly nations, especially in its Arab and African environment, a statement of the Presidency of the Republic reads. The meeting further made it possible to examine relations between Tunisia and several international organisations as well as the upcoming deadlines, including the preparations underway to host the Francophonie Summit and secure its success in coordination with the countries and parties involved, the same source added.

Moreover, the President of the Republic criticised the meetings taking place between many people and leaders in Tunisia with foreign officials without previous coordination with the Ministry of Foreign Affairs. “There is only one state and one foreign policy in Tunisia,” the head of state said, emphasising the need “to put an end to such practices that hinder the smooth functioning of the state.

President Kais Saied likewise addressed the issue of embezzled funds abroad, particularly since several countries have refrozen these assets and expressed their willingness to return them to Tunisia in the form of investment projects for the benefit of the Tunisian people.