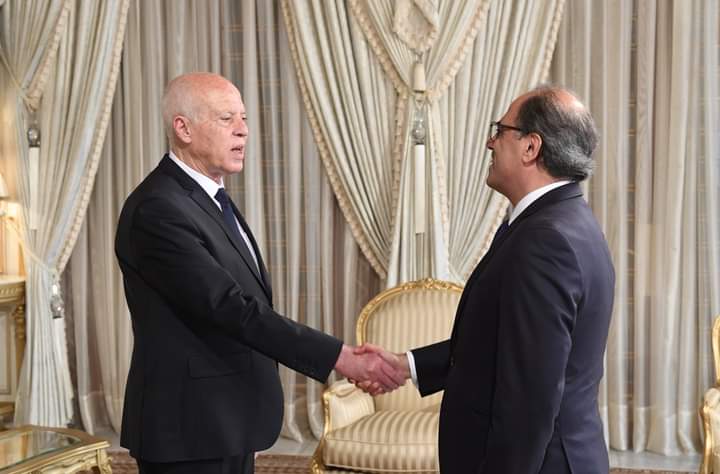 The Head of State emphasised the necessity to take into understanding the social dimension when executing major reforms. He recollected that fundamental human rights include the right to health and education and are not subject to gain and loss.

He also voiced his commitment to addressing socio-economic and financial problems, particularly after decades of corruption in Tunisia, as well as the international situation.

The President revealed that the Tunisian crisis is not only due to mismanagement, but is likewise the outcome of other factors that must be addressed and eliminated so that all institutions, public and private, operate in conditions free of abuse.

For his part, Azour stated his meeting with the Head of State examined the constitutional, political, social and economic reforms that have been initiated recently.

He likewise reviewed with the President of the Republic the cooperation file between the IMF and the Tunisian governmental working team and the prospects of the economic situation in Tunisia and in the world.

Tunisia-Ezzeddine Saïdane: The indirect repercussions of the strike weigh heavily [Audio]
Tunisia-IMF is ready to start program negotiations in the coming weeks with Tunisia
To Top