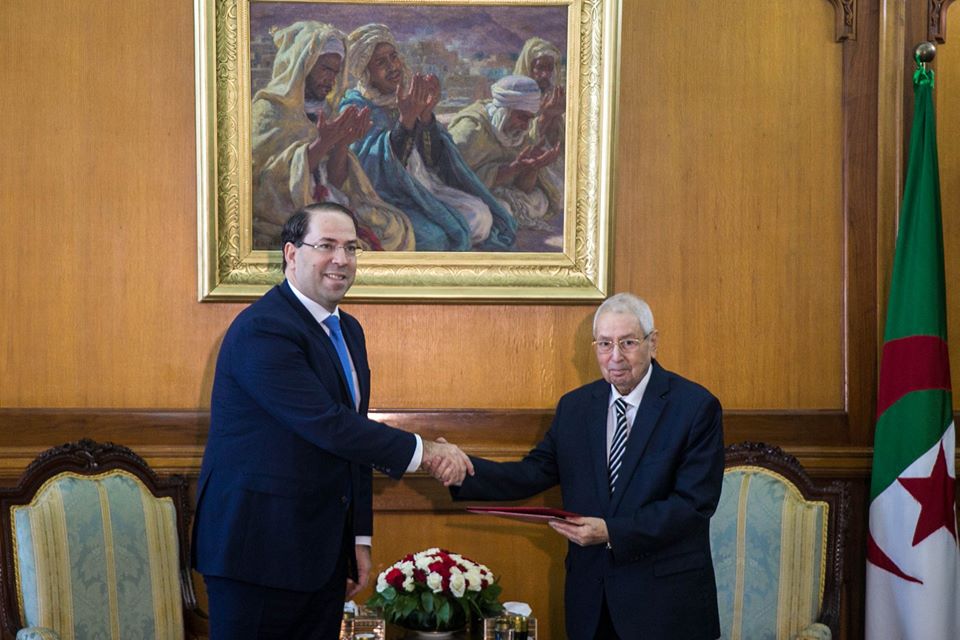 Tunisian Prime Minister Youssef Chahed paid a one day visit to Algeria
at the request of President Kais Saied, he was received by Algerian interim President Abdelkader Bensalah at El Mouradia presidential palace.
Chahe conveyed a special message from the Tunisian president in which the latter reaffirmed the strengthened fruitful cooperation relations between the two brotherly countries. He affirmed that Saied is expected to conduct an official visit to Algeria within the next few weeks.

The Prime Minister reported the importance of the meeting, in which
he stressed  the need for joint action between the two countries to face pending challenges, adding in this context that security coordination continues almost daily  between the two countries , he highlighted that they coordinate in the economic and cultural aspect in hope pf boosting relationships to a more suited level.