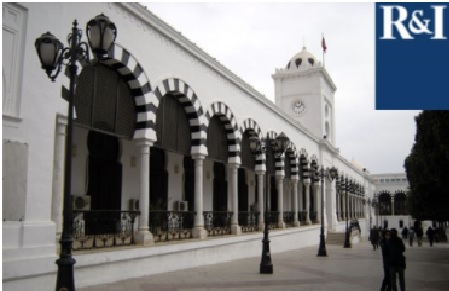 The Japanese agency “Rating and Investment”, one of the most prominent rating agencies in terms of risk evaluation on the Japanese bond market and other major financial centres in the world, has just issued today Tuesday, November 16, 2021, a note where it declared the degeneration of the sovereign rating of Tunisia with a negative outlook.

Tunisia’s political status has been uncertain since President Kais Saied took over, the agency stated, adding that it is generally concerned that the return to a sustainable growth path may be paused. Given the great uncertainty concerning the prospects for fiscal restructuring, “it may take a long time to reach the steady decrease in the public debt ratio,” says R&I.

According to the agency’s note, “although no difficulties are anticipated with short-term liquidity, financial assistance from the International Monetary Fund (IMF) is crucial to enhance the likelihood of debt repayment in the medium term. “. it added that despite some positive progress illustrated by the government’s resumption of discussions with the IMF, it is still difficult to foretell the conclusion of a financing agreement in this regard. R&I, accordingly, downgrades the currency issuance rating for Tunisia to B + with a negative outlook of BB rating – while maintaining that it will further lower the rating if the IMF financing negotiation process continues and the situation raises concerns concerning the decline in the certainty of debt repayment.

The agency recollects that the actual gross domestic product (GDP) contracted by 8.8% in 2020 due to the consequences of the coronavirus pandemic and the restrictions that accompanied it. Although the economy is going for a recovery in line with the lifting of health restrictions favoured by advances in vaccination, year-on-year growth is presumed to be only 2.6%, according to the government, R&I points out.

For 2022, the IMF projects growth of 3.3%, due to continued domestic demand and the resumption of growth in the eurozone, the country’s foremost export destination. The agency said, among other things, that Tunisia’s balance of external payments is structurally in deficit. In 2020, the deficit rose to 6.5% of GDP following the development of the trade deficit against a background of solid external demand.

Given that the structural bases for the deficits still exist, the deficit will apparently grow further, stressed the agency which assures that the stock of external debt is high, and reached about 103% of GDP at the conclusion of 2020 with a budget deficit of 9.9% of GDP. Nonetheless, it is expected from the assessments presented by R&I that the current account deficit will worsen to 8.4% of GDP chiefly due to social support measures and the rise in subsidy costs generated by the increased crude oil prices.

As the political direction for 2022 has not been declared, the path to debt reduction is unclear, particularly through actions on structural resources and cutting spending on salaries and subsidies, says the note from the Japanese agency. It was further noted that external borrowing represents approximately 60% of public debt and that under the prudent management of monetary policy by the central bank, foreign exchange reserves have grown to a certain level, and the repayment of external debt is unlikely to be disrupted in the short term.

That said, significant debt annuities will drop due in the years to come, the pressure on liquidity will rise unless the administration is able to receive financial assistance from the IMF, Rating and Investment ” affirms.

To maintain social stability, sustainable growth is required, which highlights the necessity to stabilize the political situation, carry out reforms to support economic growth and restructure taxation, while counting on financial assistance from the IMF, concludes the agency.

Tunisia-Tunisia ends the year with a budget deficit of 9.4% of GDP and 660,000 civil servants
Tunisia-Breaking news:Report: Continued Rise in Civil Servants’ Wages by About 1 Billion Dinars
To Top