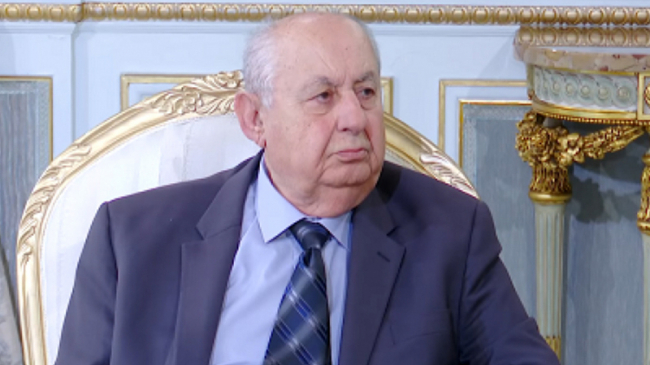 Sadok Belaid, president and coordinator of the consultative body for the elaboration of the new constitution, revealed, in an interview, Thursday, June 16, 2022, with Euronews, that the next constitution will not be tailor-made. Above all, he emphasised that, contrary to what some people believe, the Head of State does not plan to impose a “tailor-made” constitution, specifying that he has not obtained any instructions from the President of the Republic, Kais Saïed, going in this direction.

He likewise claimed that he had not received any instructions to draw any reference to Islam in the new constitution, clarifying that the removal of any reference to Islam is aimed at fighting Islamist parties, considering them as “agents of certain foreign powers”. “80% of Tunisians are against extremism and the usage of religion for political purposes”, he said, considering”that Ennahdha and other parties are henchmen for forces, powers, states or mini -Foreign states which have a lot of money and which they use to interfere in the affairs of the country, it is treason”.

Sadok Belaïd, indicated that the next constitution will concentrate primarily on economic, social, cultural and environmental issues that were neglected in 2014, highlighting, moreover, that this new constitution will be inspired by that of 2014 concerning rights and freedoms. He added that the new constitution is based on a pragmatic approach which identifies problems and proposes solutions. He considered that certain articles of the old constitutions hindered the work of the, egislative and executive powers.

Tunisia-Farouk Bouasker: ISIE refuses to play the role of political police
Tunisia-Issam Chebbi: The UGTT is innocent and its general strike is now legitimate
To Top