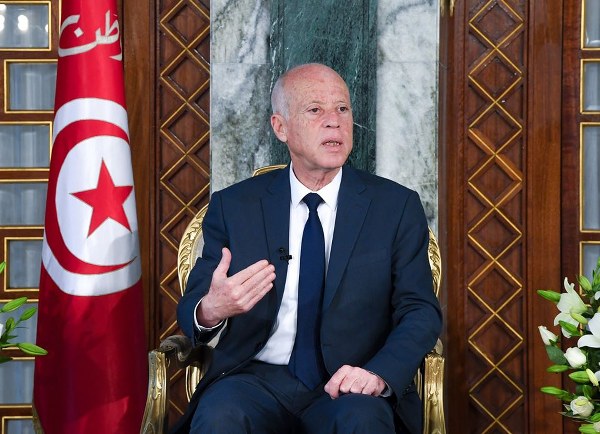 The President of the Republic, Kaïs Saïed stated, this Tuesday, during his presence at Tunis-Carthage airport on the occasion of the departure of the first pilgrims to the Holy places, that the most notable characteristic of the next Constitution is the guarantee of the unity of the State.

He explained that since 2014, the state has been fragmented and that the question does not involve the nature of the regime, whether presidential or parliamentary. “The most significant thing is that the sovereignty belongs to the people,” he said.

“The power belongs to the people (…) the rest are functions, it is not regarding power (…) There is the legislative function, the executive function and the judicial function “. The Head of State confirmed that the most important thing to accomplish democracy is to balance powers and react to the economic and social demands of Tunisians.

Tunisia-Saied: ”In the Constitution, Islam is the religion of the nation”
Tunisia-Abir Moussi accuses Najla Bouden of protecting “Al Karadhaoui”
To Top