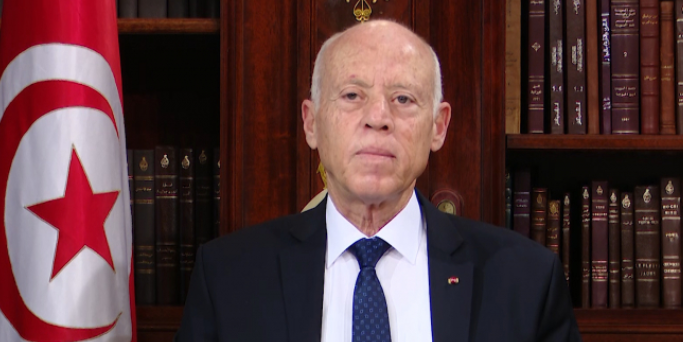 Partagez14
Tweetez
Partagez
+1
14 Partages
The President of the Republic, Kais Saïed, asserted this Monday, January 10, 2022, during his meeting with prime minister Najla Bouden, that there are people who should be in jail, but who have been assigned to house arrest.
“We are not judges to decide,” said Saïed, regardless. He added: “The security authorities hold documents confirming the involvement of these people in several crimes, including the falsification of passports.” Saïed, in this context, maintained that no one has been placed under house arrest or imprisoned for their political beliefs.
Partagez14
Tweetez
Partagez
+1
14 Partages

Tunisia-Kais Saied:Electronic consultation is not a heresy
Tunisia-Hatem El Euchi: Kais Saied is unable to dissolve the Superior Council of the Magistracy
To Top