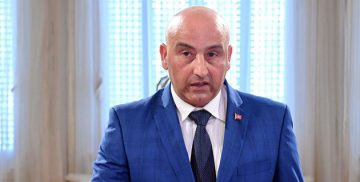 ISIE member Sami Ben Slama stated that everyone has the right to freedom of expression even during the referendum campaign. In a post on his official Facebook page, Ben Slama explained that anyone who presents an authorization to partake in the referendum will be able to hold public meetings and have equal access to the media and vote “yes” or “no”.

He added that it is unreasonable to prohibit scientific colloquia on the constitution on the grounds that they contradict the rules of the referendum campaign. Similarly, he pointed out that as long as there is no illegal participation in the electoral campaign, anyone can have the right to voice their opinion.

Tunisia-Bhiri: Draft Constitution is shameful…It can only be erased by overthrowing ‘coup’
Tunisia-Salsabil Klibi: New Constitution draft is a great disappointment for Tunisians
To Top