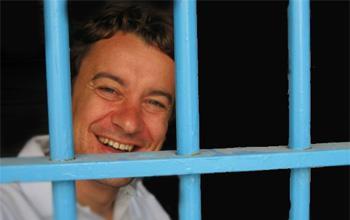 The owner of a Tunisian private television channel that has been critical of the government was arrested on Tuesday on allegations of corruption, an official said, the latest move in a government campaign against corruption launched this month.

Sami Fehri is the owner of El Hiwar Ettounsi, a TV channel that has been critical of Prime Minister Youssef Chahed.

“After hours of continuous investigation, Sami Fehri was arrested on suspicion of financial corruption and money laundering,” said Sofian Sliti, a spokesman for the Tunisian judiciary. He did not give further details. Fehri’s lawyer could not immediately be reached for comment.