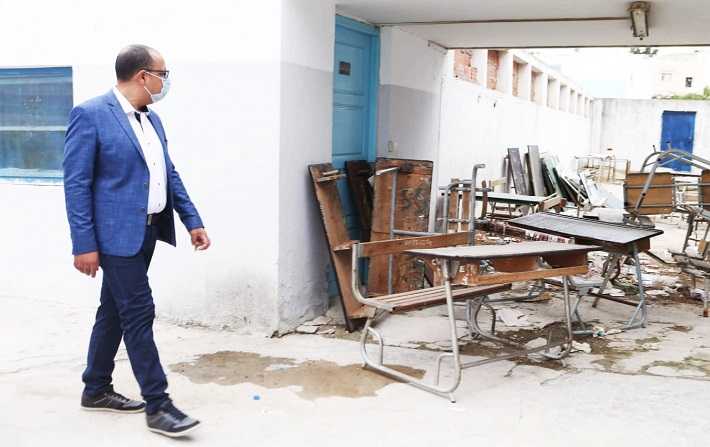 Following his visits to schools and the multiple shortcomings remarked, the head of government Hichem Mechichi announced, this Monday, September 14, 2020, a series of urgent and immediate measures which are as follows:

– Make 32 MDT available to start the maintenance of 400 educational establishments to remedy the shortcomings observed, provided that this work is completed before mid-October.

– Charge the micro-enterprises created under the “New Generation of Promoters” program to intervene immediately to carry out maintenance work at the sanitary level according to simplified arrangements.

In anticipation of the start of the school year, scheduled for tomorrow in public establishments, Hichem Mechichi has carried out in recent days a series of inspection visits to various schools in the country.

The head of government stressed that these visits allowed him to see many shortcomings that are not up to Tunisia in 2020, adding that it is unacceptable that a student cannot find the most necessities in his school, like clean toilets and running water.

He added that the state of these schools reflects the many difficulties the country has experienced in education, stressing that public schools must regain their true role as a social elevator.