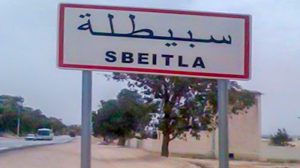 Several long-unemployed job seekers have been protesting since 19 November in front of the delegation headquarters in Sbeitla(Kasserine governorate).

They declared that they had presented central, regional and local authorities a span of three days to begin serious discussions before blocking the reservoir which supplies other regions, notably the governorate of Sfax, with drinking water.

This threat is a response to the continued disregard for their requests for employment and the policy of procrastination used by all of the successive governments that they claim.

In a statement to the TAP agency, the sit-inners declared that they have not stopped, since 2016 through a series of demonstration movements, to maintain the right to employment and development in the region but no action has been taken in their favour.

The protesters agreed to harden their movement, especially as some of them were transferred to the Sbeïtla regional hospital after the deterioration of their health due to the hunger strike that began recently.