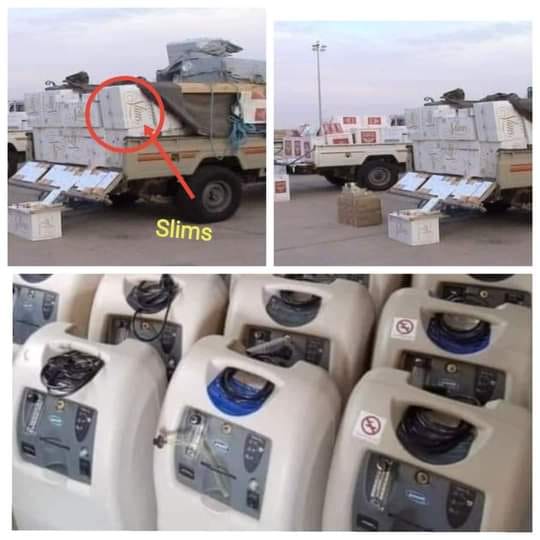 Partagez1
Tweetez
Partagez
+1
1 Partages
According to pictures widely shared on the web, smugglers have brought back oxygen concentrators through land borders to donate to health facilities and those in need.
Reflecting on the posts, the National Guard announced on its official page that these are just baseless rumours. The smugglers are tasked with overflowing the country with illegal goods particularly those that harm the health of citizens, the national guard stated, remarking that cigarettes are stored in the trucks in the photos.
The National Guard page has challenged any smuggler to post videos of the so-called devices (hiding his face and the region he is from if he’s afraid of being arrested).
Partagez1
Tweetez
Partagez
+1
1 Partages