The national anti-corruption body (INLUCC) presented to the public prosecutor at the Tunis Court of First Instance 1 an inquiry report into suspicions of corruption connected to a private television channel.

According to the body’s weekly report, the owner of the unauthorized private television station proceeds to broadcast its programming illegally despite warnings from HAICA.

The INLUCC further reported that the channel supported one of the nominees in the last legislative and presidential elections, remarking that the latter’s campaign was also funded by a charity. 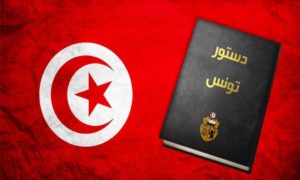