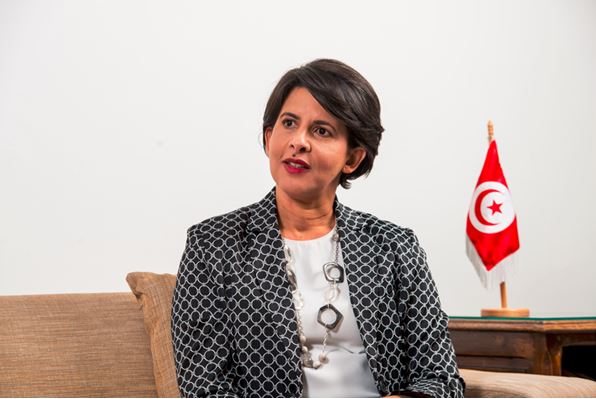 Following the designation  of Mr Samir Saied as a member of the administration, the Board of Directors of Tunisie Telecom convened on October 12, 2021 and decided to delegate Ms. SyrineTlili, member of the board, to lead the company temporarily in awaiting the appointment of a new CEO.

Dr. Syrine Tlili is currently a member of the board of directors of the Tunisie Telecom group.She was the general manager of the Tunisian National Agency for Electronic Certification) TunTrust since November 2014.

In this context, she was responsible for giving identification services needed to increase confidence in electronic transactions at the national level. This involved implementing and maintaining compliance with national PKI infrastructure standards. She additionally led a team responsible for supporting the public and private sectors in their digital transformation.

Prior to joining TunTrust, entered higher education as a research professor at the National School of Engineers of Carthage. She was head of the Open Source division at the Ministry of Information and Communication Technologies, from October 2010 to September 2012.

She was additionally head of the network and systems security division at the Agency Tunisian Internet woman, from August 1999 to September 2004. SyrineTlili earned her PhD in Computer Security and Information Systems in 2009 from Concordia University (Montreal, Canada), and an engineering degree from the National School of Computer Science in Tunis, Tunisia.