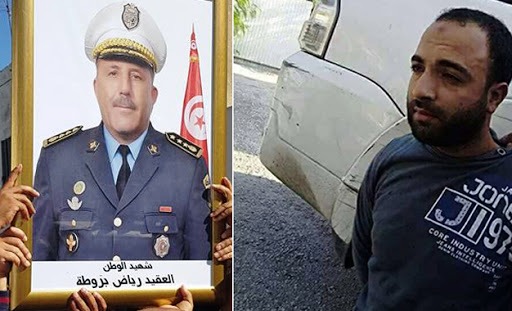 The court specializing in terrorism cases at Tunis court of first instance has issued a death sentence against the terrorist who killed, on November 2, 2017, police commander Riadh Barrouta at Bardo.

The killer was additionally given another life sentence for the attempted murder of another police officer in the same attack.

He was also sentenced to an additional ten years in jail for belonging to a terrorist organization.

French President Emmanuel Macron slapped by member of public
Tunisia-[Audio]Imed Ben Halima: Political belt desires to control the work of the anti-corruption commission and undermine its independence
To Top