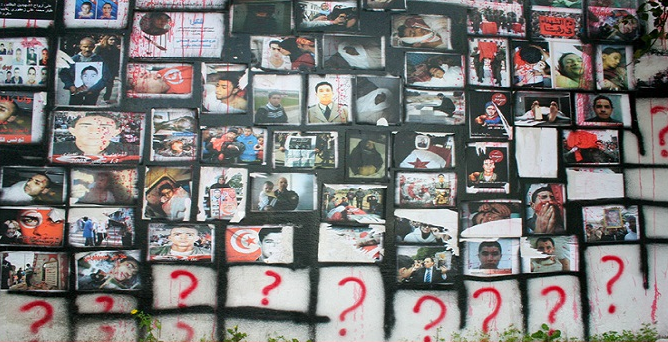 The head of government decreed the publication of  the final list of the wounded and martyrs of the revolution, on the page of the General Authority of Resisters, Martyrs and Wounded of the Revolution and of Terrorist Operations tomorrow, Thursday, January 14, 2021, of

This step was declared this Wednesday, January 13, the Authority in a press release said, adding that this list which includes 129 martyrs and 634 wounded, was drafted up by the commission of martyrs and wounded of the revolution under the Superior Committee. human rights and fundamental freedoms.

The authority emphasises that “this list will be published in the JORT before the date March 20, 2021, and specifies that any person involved whose name does not appear on the list in question has the opportunity of bringing an appeal and sending a correspondence to the instance within one month from the date of publication of the list on the page ”. Nevertheless, the wounded of the revolution and the families of the martyrs do not share the same opinion. Observing a sit-in at the seat of the body in question, they refused the proposal of the government presidency to publish this list on January 14 on the forum’s page and before March 20 in the Jort. The command that this final list be published before January 14, while reaffirming their determination to raise protest movements.

Related Items:Hichem Mechichi, Tunisia, wounded and martyrs of the revolution