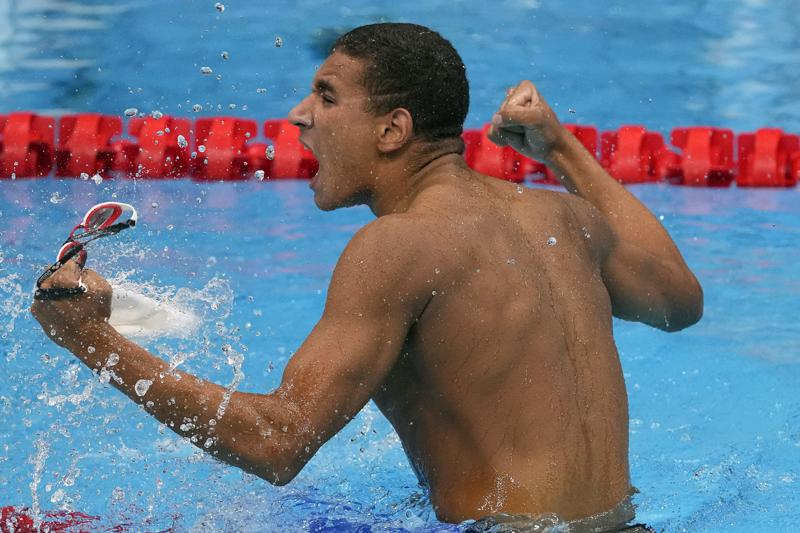 The 18-year-old Tunisian drove Australia’s Jack Mcloughlin to second in the final sprint, becoming an Olympic champion in his first appearance in three minutes and 43.36 seconds, 0.16 second ahead of the Aussie.