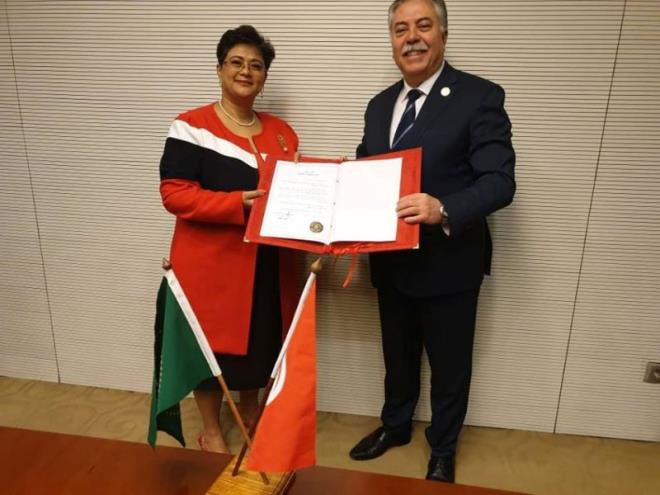 In the framework of its participation at the 33rd Ordinary Session of the African Union Executive Council in Addis Ababa, Secretary of State for Foreign Affairs and interim Foreign Minister Sabri Bachtobji officially delivered Tunisia authentication documents of the “the African Union Convention on Preventing and Combating Corruption” to the union legal advisor Numeira Najm, the Foreign Ministry said in a statement.

Bachtobji  pointed out the symbolism of this agreement at this stage in which Tunisia seeks to magnify its partnership with the African Union and African countries in all sectors, including battling the scourge of corruption to contribute to the establishment of the rule of law at the continental level while taking benefiting from the most high-grade practices and experiences in this field.

On her part, the legal Adviser welcomed Tunisia validation for this agreement , she expressed her full readiness to aid Tunisia to implement its provisions due to its exceptional value in achieving the principles of the supremacy of the law , transparency and good governance, the same source reported.

Tunisia-Democratic Current to continue discussions on government formation with PM Elyes Fakhfakh
Tunisia-Zouhair Maghzaoui: Youssef Chahed is contributing to the deterioration of the situation
To Top