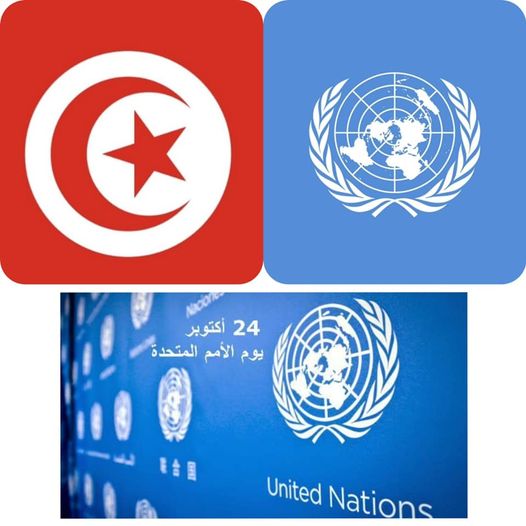 Tunisia observes Sunday, October 24, like many countries, the “United Nations Day”, placed this year under the theme “building back together for peace and prosperity”

On this occasion, Tunisia called for the combination of efforts of the international community to promote the three pillars of action of the UN organization, namely sustainable development, peace and security and human rights.

In a statement issued by the Ministry of Foreign Affairs, Tunisia called for the establishment of a strong multilateral system and interconnected to promote international solidarity, so as to meet the needs and aspirations of all the peoples.

In addition, Tunisia reaffirmed its full commitment to the principles and universal values provided by the founding charter of the United Nations which constitute a common standard for relations between States and peoples, according to the same statement.

Tunisia also affirmed its ongoing support to the prestigious organisation and its important role in solving common problems to provide an adequate response to current international challenges and contribute to the achievement of development goals by 2030.

According to the Ministry of Foreign Affairs, Tunisia has demonstrated its ability to contribute significantly to the identification of solutions to many international problems and the establishment of a new phase of solidarity in international relations.

The Ministry cited, as an example, the unanimous adoption of Resolution No. 2532, which was drafted by France and Tunisia, by the Security Council, reaffirming that Tunisia will spare no effort to strengthen the role of the United Nations and achieve the common aspirations for a better future.

Tunisia – Images of the day
Tunisia – Gafsa: Man struck by lightning
To Top