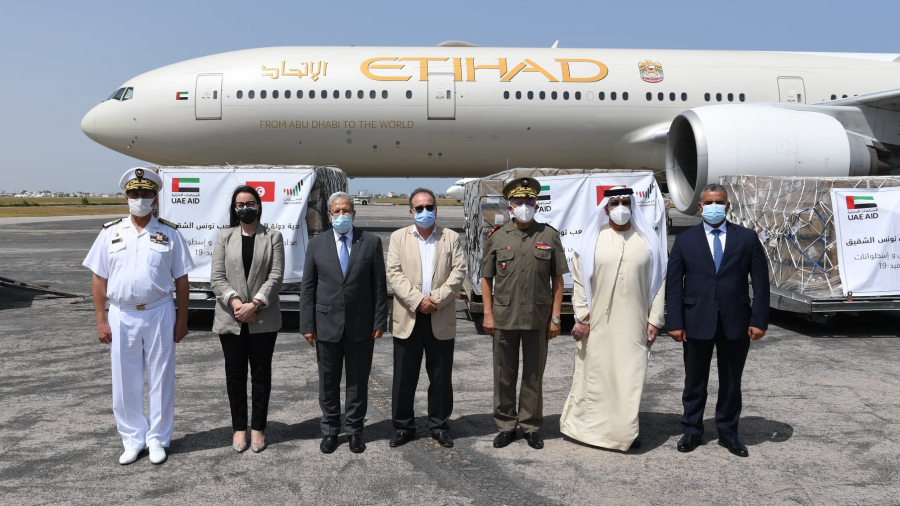 Two planes transporting quantities of oxygen and medical equipment given by the United Arab Emirates landed on Tuesday afternoon at Tunis Carthage airport, in order to support the efforts made by Tunisia in the battle against the pandemic.

According to a press release issued by the Presidency of the Republic, these medical aids are made up of artificial respiration devices, oxygen concentrators and resuscitation equipment.

This equipment was handed over in the attendance of the head of the presidential cabinet Nadia Akacha, the Minister of Foreign Affairs, Migration and Tunisians Abroad, Othman Jerandi, as well as the interim Minister of Health, Mohamed Trabelsi, adviser to the President of the Republic in charge of national security, Abderaouf Attallah,  director of military health, Mustapha Ferjani and ambassador of  United Arab Emirates in Tunis, Rached Mansouri.