Two arrest warrants have been issued against Rached Khiari. The first mandate concerns the application of a verdict in absentia issued by the Permanent Military Court of First Instance of Tunis in the case of the publications concerning alleged foreign financing of the electoral campaign of Kaïs Saïed

The second term is also a two-year verdict in absentia issued by the Court of First Instance of Ben Arous.

A warrant of committal has likewise been issued against the woman arrested with Khiari, for having helped a fugitive hide
Partagez10
Tweetez
Partagez
+1
10 Partages 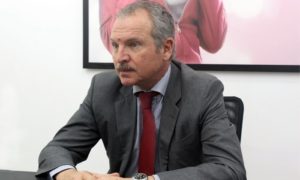