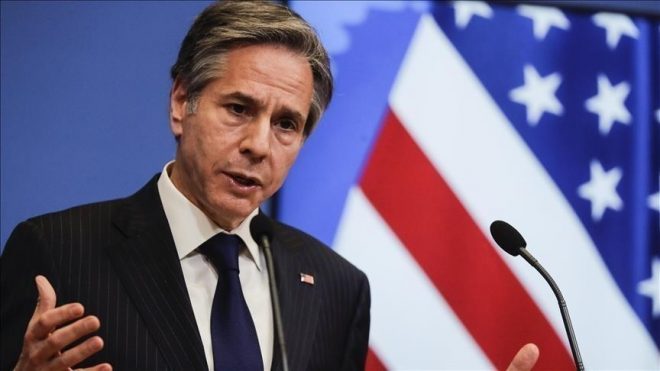 Partagez9
Tweetez
Partagez
+1
9 Partages
U.S. Senators Bob Menendez (D-N.J.) and Jim Risch (R-Idaho), Chairman and Ranking Member of the Senate Foreign Relations Committee, were joined by Representatives Gregory Meeks (D-N.Y.) and Michael McCaul (R-Texas), Chairman and Ranking Member of the House Foreign Affairs Committee, in writing to Secretary of State Antony Blinken to express their concerns regarding recent developments in Tunisia that threaten the country’s democracy. While applauding Tunisians’ achievements since the country’s transition to democracy in 2011, the lawmakers shared their apprehensions about the country’s trajectory and pressed the Biden administration to continue to support transparent and meaningful reforms and accountability for President Saïed’s proposed reform plans.

“In light of our longstanding support for the bilateral relationship, we write to you on the 11th anniversary of Tunisia’s revolution to emphasize our continued commitment to the Tunisian people and their vision for a stable, secure, and prosperous Tunisia firmly rooted in democracy and the rule of law”.

Eleven years ago, Tunisians of all ages, economic statuses, and political affiliations stood together to oust the authoritarian regime of President Zine el Abidine Ben Ali, ushering in a new era of hope for political freedom. Tunisia has since made remarkable strides, holding several democratic elections and peaceful transfers of power, which have helped transform it into a positive example across the region”.

“Today, we write to share our concerns that recent developments in the country threaten Tunisia’s democracy. While we welcome certain steps taken by President Saïed, including the appointment of a new Prime Minister, and the announcement of a roadmap outlining a path forward for political reform, more needs to be done to ensure the process remains transparent, inclusive, and democratically rooted. We also remain concerned by the consolidation of executive powers, use of the military against democratic institutions and political opponents, potentially politically motivated detentions, and recent tightening of media restrictions”,reads the letter.

“While we underscore the continued importance of aid for Tunisia, especially as related to COVID response and the strategic importance of continuing U.S.-Tunisia defense cooperation, we urge the Administration to carefully consider the scope and priorities of U.S. assistance, including the possibility of conditioning certain aid on measurable reforms”.

“We remain firmly committed to expanding upon the gains made over the past 11 years, and the growth of the U.S.-Tunisia bilateral relationship. To that end, we urge the administration to continue to support efforts to ensure a transparent and meaningful reform process, including by advocating for the selection of an inclusive constitutional reform drafting committee. As President Saïed’s roadmap progresses, we underscore the importance of holding Saïed accountable to his timeline and call on Tunisia to end politicized detentions, cease media censorship and respond to the Tunisian publics’ call to hold early elections. Tunisia’s return to a democratic path that respects constitutional order, rule of law, the basic rights of its citizens, and the separation of powers is vital to ensure the country’s long-term growth and prosperity”adds the same source.

Tunisia [video]: Abir Moussi will begin a tour in Tunisia from January 15th
Tunisia-(Audio)Ahmed Nejib Chebbi: Ban on protests is a political manoeuvre
To Top