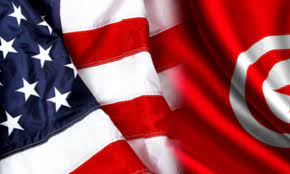 The United States has urged President Saied to provide a clear roadmap to quickly lift the emergency measures and return Tunisia to its democratic path.

During a press briefing at the White House, US State Department spokesperson Ned Price was asked by a reporter on the sacking of Tunisia ambassador to Washington, Price said “We are directly engaged with Tunisian leaders. We urge President Saied to provide a clear roadmap to quickly lift the emergency measures and return Tunisia to its democratic path. The secretary had an opportunity to speak with the president, saying he was very clear in his messages…………. Tunisia’s leadership is hearing a clear and unequivocal message from the United States about the imperative of returning Tunisia to that democratic path”.

Asked whether the U.S considered what happened as a coup, Mr Price replied “it’s been a fluid situation. Our focus is on encouraging Tunisian leaders to adhere to the Tunisian constitution and to quickly return to normal democratic governance. You know, in some ways, more important than the question of labels is the critical work of supporting Tunisia and its return to that democratic path. And that’s what we’re focused on right now.”