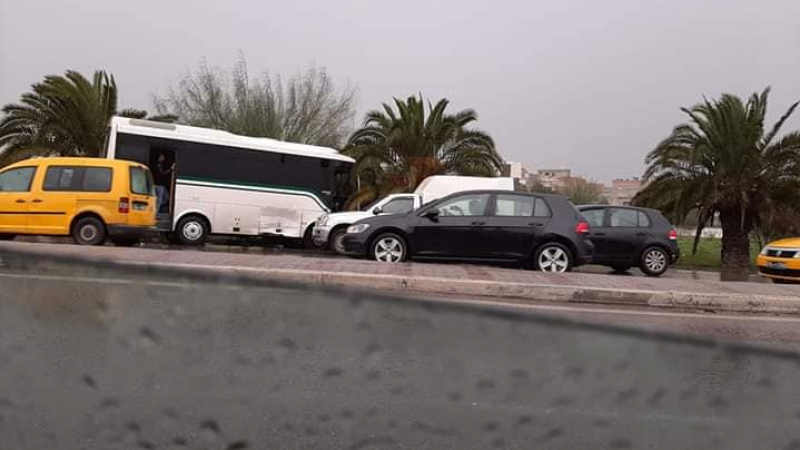 A bus rented by the Tunisian General Labour Union has slid off the road when it collided with a car only to be stopped by trees.
Four people were lightly wounded following the accident. Two were brought to Rabta Hospital while the other two were taken to Charles Nicolle Hospital in the capital Tunis, reported Mosaïque FM.

The bus was returning from the commemoration of the 67th anniversary of the assassination of trade union leader Farhat Hached.