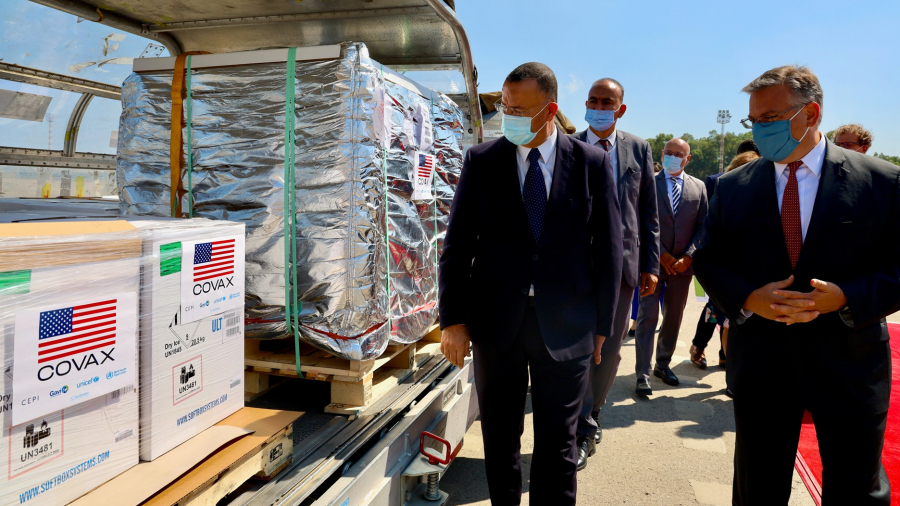 The United States Embassy in Tunis declared this Monday, September 13, 2021, that 187,960 doses of the Pfizer coronavirus vaccine have been sent to Tunisia, as part of the COVAX program. This brings the total US vaccine donation to Tunisia to nearly two million since July.

In this context, the American Ambassador, Donald Blome, has pointed out that his country is committed to assisting and supporting Tunisia in its battle against : “Our aim is to save lives and provide effective vaccines to Tunisians as soon as possible,” ,he said.

The delivery ceremony was attended by the US Ambassador in Tunis, Donald Blome, acting minister of health, Ali Mrabet, the Advisor to the President of the Republic, in charge of the permanent secretariat of the National Security Council, the Director-General of Military Health, Colonel Major, Mustapha Ferjani, the head of the delegation of the United States Agency for International Development as well as the representatives of UNICEF and WHO in Tunisia

Tunisia-Adverse effects of the vaccine: Nothing to worry about
(Audio) Palestinian Society Prisoner’s Club’s: Captured Palestinian detainees are banned from meeting lawyers,
To Top