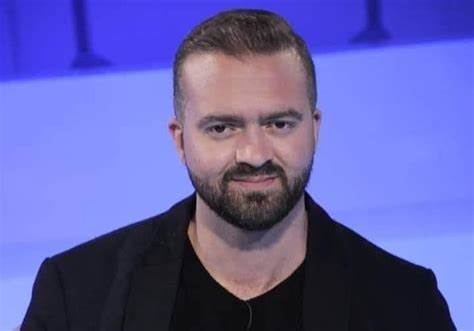 Partagez120
Tweetez
Partagez
+1
120 Partages
In a post published on his page this Monday evening February 14, 2022, Dr Zakaria Bouguira examined the epidemiological situation in Tunisia. “Since the beginning of the pandemic, my only weapon in the war against the Coronavirus and the corrupt in the nation has been to tell you the truth whether it is good or painful. Many get sore when I convey the gravity of the situation, and that is understandable, I apologize to them. After all, who desires to listen to bad news? But I’m sure they know it’s the reality and that my work depicts the duty of the physician, who must educate people, worried about prevention even before treatment Wallah, I don’t blame them. What we have been through for two years is hard”.
“A lot of stress, fatigue, anxiety. People are fatigued and fed up. Will this misfortune leave us? Are we going to get back to normal life? Let me inform you where we are… Today we closed the 3rd month of the 6th wave, known as the omicron wave. It began on November 13, 2021. The total number of infections at the time reached 715,637, today we are at 967,052… As for the victims, may God have mercy on them, their number until November 13 reached 25,308. Unfortunately, today we are at 27,119. That said, in three months, 251,415 infections were registered, including 1,811 Tunisians who died!!! Forgive me if the figures, the reality is scary and it might have surprised you, however!
‘I had written this before, and you can check my posts published in December. I gave you the exact numbers. I wish my estimates, based on reality, science and knowledge, were false, but unfortunately what I told you happened Allah Ghaleb! The pandemic has spread in the country and the virus has reached every house. Thousands of messages reach me and they ask me what’s up? And my answer is: In terms of infections, the “peak” occurred on January 18, when Tunisia broke a record with 12,698 cases in one day”.
“Since then, Hamdoullah, the number has dropped. The rate of infections is 3081 per day, it will gradually decline over the forthcoming days. In terms of deaths, the peak occurred on February 7, which is the day we registered the highest number of burials and deaths, at 131. I am sure that the Tunisian people did not recognise the enormity of this figure. It’s not their fault. The evil people in the ministry observe a dirty policy of making up figures so that the Tunisians do not panic and claim their right to life. Every day they record 15, 20 deaths, but the average is 80 deaths per day, may God grant them his mercy. Personally, I think the peak of deaths occurred on February 7, 2022”.
‘I say it is probably because there is data not released by the state. These permit us to decide. We don’t even have an idea, for example, of the extent of the spread of the delta variant currently, hopefully, the peak of deaths was on February 7th, because in the last few days the death rate has been going down up to 60 deaths per day. I have just brought you news, which personally is reassuring and gives hope so that you can see on the second photo the development of the real number of reproduction in Tunisia This indicator, I told you about it several times, allows me each time to know before everyone else when the wave begins and ends.
“This figure is the rate of how many numbers of people contaminated by a single infected. If it is greater than 1, it means that the pandemic is spreading If it is less than 1, it means that it is in relapse. Today, the recurrence rate is less than 1, specifically Rt = 0.86. This means that today marks the ending of the 6th wave and this reassures me because the pandemic will regress. Of course, this does not mean the end of the pandemic. Unfortunately, after a while, the coronavirus will spread again as long as the state resumes its policy of criminal coexistence. It’s a little break, we can breathe a little before the next wave. We’re just living in a kind of “epidemic truce” Alas, the state just does not want to adopt the only sound policy that will end up getting us out of the crisis once and for all. The Coronavirus pandemic would have been eradicated if the State had pursued the zero-Covid policy, compensated its citizens, stopped credit, payment of bills if the State had not inflicted on its people the choice between sickness and hunger. At that time, no one would be infected, no one would die.
“At that time, there would be no more discussion of waves, neither closing nor reopening. Then the economy would recover. At this time From then on, life would resume its route in Tunisia… and hope would survive. #Down_The_State_of_Death #Confinement_General”, concludes the post.