Speaking to Tunisie Numérique, President of the National Reform parliamentary group Hsouna Nasfi revealed that House speaker Rached Ghannouchi needs to realize that 97 MPs do not desire him as head of parliament.

He further explained that the significant changes take time, recollecting that the number of deputies around the motion of no confidence has grown from 73 to 86 to 97.

Nasfi praised the 97 MPs who retained their word, maintaining that those whose votes do not reflect promises will forever carry the weight of this shame.

The Ennahdha movement used all moral and immoral means to keep its leader at the head of Parliament, but this was not enough to lessen the impact of the strong message sent to him by the 97 deputies, he said. 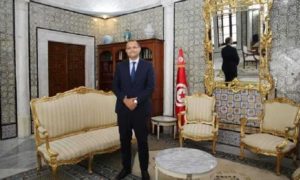 Tunisia-Abir Moussi [video]: Today’s session had the merit of isolating the tumor
Tunisia – EXCLUSIVE: Rached Ghannouchi to step down as House speaker in September
To Top