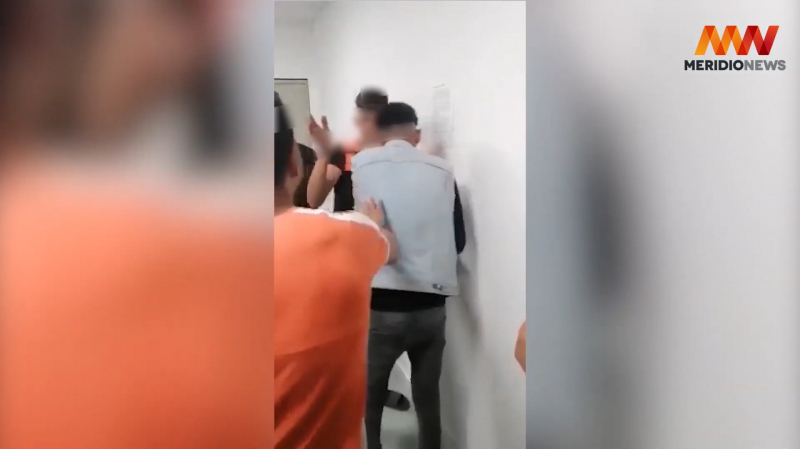 The incident was caused by an attempted escape from the two young men. The police slapped one of them before the two men slapped each other. An investigation has been opened into this matter.