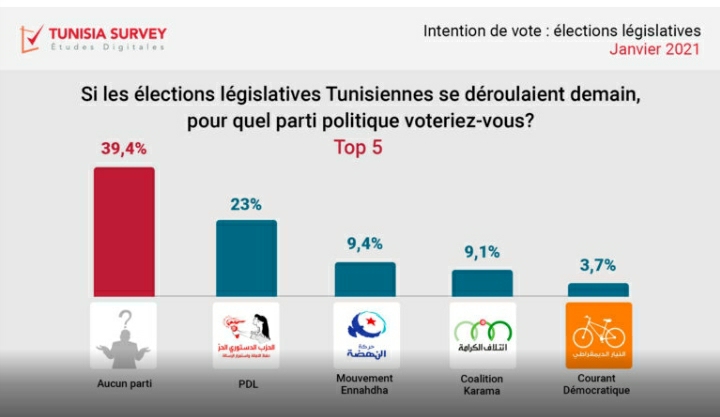 Tunis Survey, a leading expert in online surveys and digital studies, has just disclosed the outcomes of its poll on the voting intentions of Tunisians.

This poll is based on a self-administered online survey which was conducted from December 21, 2020, to January 15th, 2021. Its aim is to distinguish the voting intentions of Tunisians through the principal question: If the Tunisian legislative elections were held tomorrow, which political party would you vote for?

This question was joined with the declared preferences of respondents to the 2019 legislative elections.

It should be reminded that the first wave of November 2020  revealed a noticeable fragility in the electoral rules with sharp intentions for voters to change for the parties they previously voted for before.

For this second wave, the current sample number after the screening is 1715  respondents.

The principal results of 2nd wave 2: 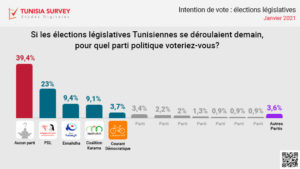 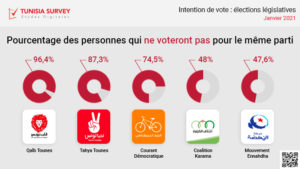 Changing intention vote, yes but for which party?

For those who previously voted for Qalb Tounes, 60% plan to vote for the Free Constitutional Party. 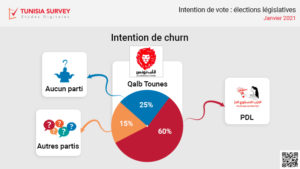 43.5% who voted for Tahya Tounes intend to vote for the PDL. 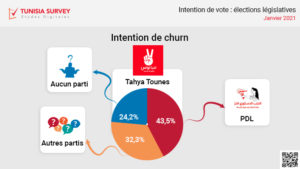 58.3%  who voted for the of Democratic Current do not know who to vote for. 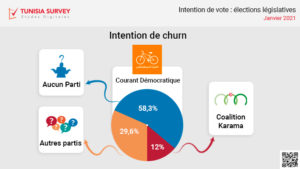 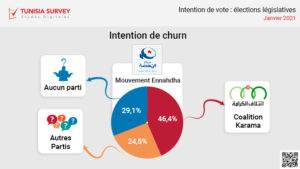 The second wave confirms the vast fluctuations among the voters of the ruling parties, as the biggest loss for voters, was for Qalb Tounes, the third parliamentary bloc in the House of the Representatives of the People, which includes 29 MPs.