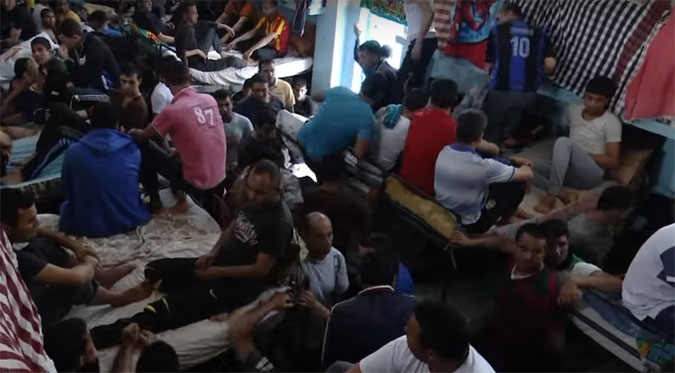 Tunisia‘s National Commission for the Prevention of Torture President Fathi Jarray reported that women’s prison in Manouba is the least overcrowded prison in Tunisia recording 150% and in rare cases 300% unlike “Sidi Hamed” prison in Kairouan and “Harboub” in Medenine.
Jarray said that the INPT received every day to weekly at least three notifications related to deprivation of liberty, the agency conducted  10 to 15 field visits from January 2019 to September 7. Jarray explained that field visits  can last  between three days to two weeks, pointing out that  Mornaguia prison, for example, has more than 5,000 detainees, which require more time to monitor the facilties areas.

He emphasised the importance of radically rethinking the concept of criminal punishment, through reducing penalities that seize personal freedom and turn to alternative sanctions that can radically reform detainees by allowing them to correct their trajectory through a second chance.

Related Items:National Commission for the Prevention of Torture, Tunisia, women's prison in Manouba

Tunisia-Sousse: Tension amid passengers as a train passes by Kalaa Kebira’s station without picking up passengers
Tunisia- Extraordinary Intervention to limit the risk of floods in Kef
To Top