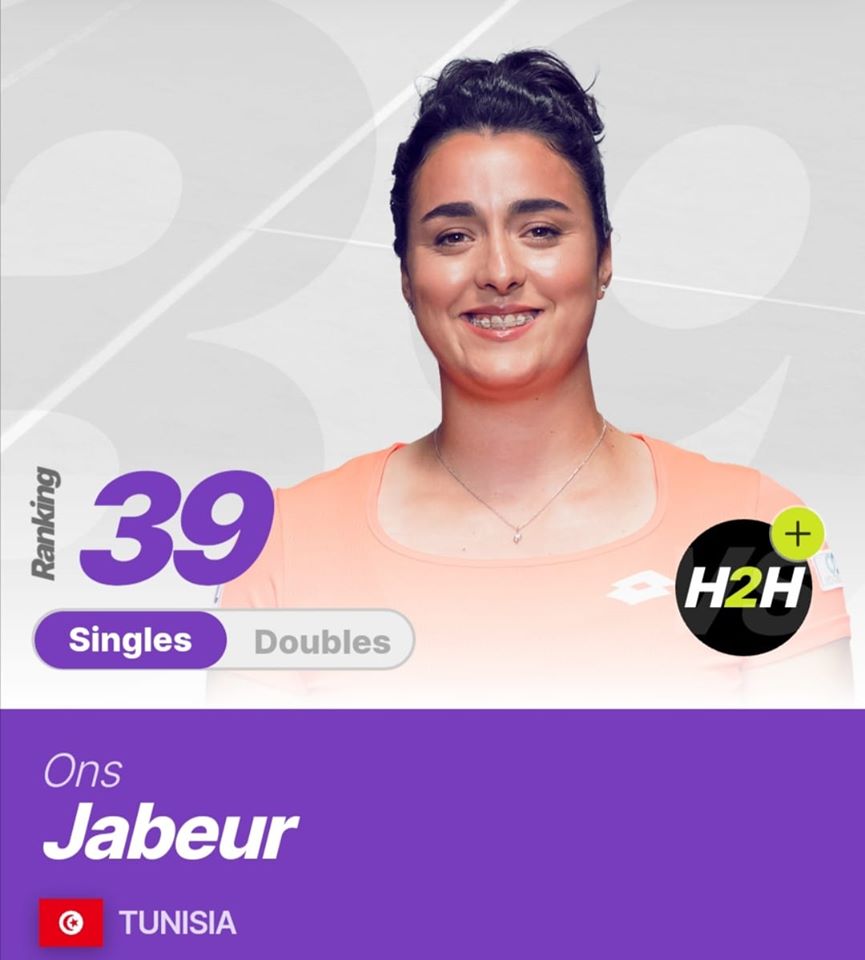 Tunisian tennis player Ons Jabeur advanced by five places in the WTA world ranking published on Monday, and climbed for the first time to the TOP 40, ranking 39th with 1373 points.

This achievement comes following her performance last week in the Qatar Open, where she qualified for the quarter finals, eliminating world number 3 Czech Karolina Pliskova.

Jabeur (25 years old) had reached last January her best position in the WTA ranking (46th) since she joined the professional circuit, becoming the first Arab player to qualify to a quarter final of a Grand Slam tournament, during the Australian Open.