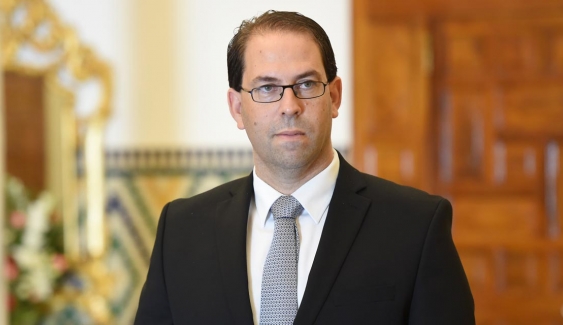 Former prime minister Youssef Chahed has been named a 2022-2023 Senior Fellow with the Middle East Initiative (MEI) at Harvard Kennedy School’s Belfer Center for Science and International Affairs, reported the institution in a press release.

“Youssef Chahed is not just one of Tunisia’s–and indeed, the Middle East’s–most distinguished young public servants, he is also a first-rate scholar,” said Tarek Masoud, Ford Foundation Professor and MEI Faculty Director. “I am thrilled that he will be part of our community, and I know that my students and colleagues will learn much from him, both about how to govern amid extreme crises and about the underlying social, political, and economic drivers of those crises.”

Dr. Chahed will be in residence at the Kennedy School for the 2022-2023 academic year. During his fellowship, Chahed will focus on economic, security, and other policy challenges facing the Middle East and North Africa and will lead a study group on development and democratic transitions. He will also meet regularly with Harvard students and student groups and will speak at events across campus.

“I am honored to join Harvard Kennedy School’s Middle East Initiative for the 2022-23 academic year,” Chahed said. “Ever since my first visit in April 2022, I have been impressed by the quality of Harvard Kennedy School’s students and faculty and by the depth of their interest in democracy and development in the Middle East. I look forward to advancing my research and reflection on these issues and to taking advantage of all the intellectual opportunities provided by this extraordinary institution.”

Dr. Chahed served as Prime Minister of Tunisia from 2016 to 2020. He is both the youngest head of government in Tunisia’s history and the longest serving since that country’s democratic transition in 2011. During his tenure, he made significant advancements in the fight against terrorism, launched an anti-corruption campaign, and navigated severe economic challenges. Prior to becoming Prime Minister, Chahed served as Secretary of State for Fisheries and Minister of Local Affairs, adds the same source.

Dr. Chahed holds a Ph.D. in Agricultural Economics from the Institut National Agronomique Paris-Grignon and taught agricultural economics at the Higher Institute of Agriculture in France.