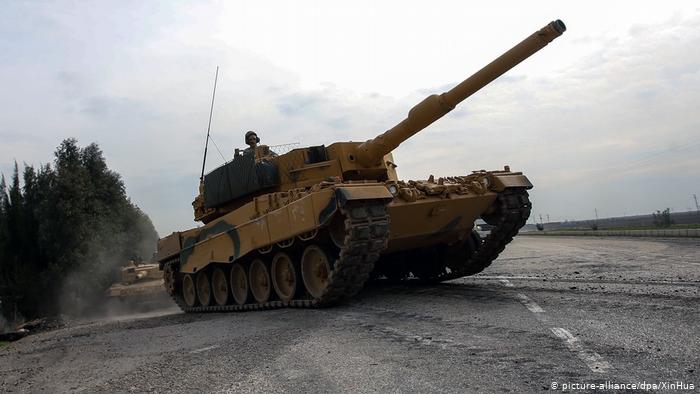 Numerous Turkish armoured vehicles and tanks penetrated rebel-controlled northwestern Syria on Friday, the latest support conveyed by Ankara amid a Syrian government assault that this week brought the two countries’ troops into a rare confrontation.
The Syrian government, supported by its associate Russia, has held up a military offensive in Idlib province, directed at achieving a strategic highway that runs along with the rebel-controlled territory. President Bashar Assad’s troops have taken dozens of rebel-held towns and villages in the past two months, displacing hundreds of people in the process, reports The Associated Press.

Turkey, which supports the Syrian opposition and has been observing a cease-fire in the rebel enclave, opposed the government offensive, declaring it a breach of the peace it settled with Russia. In recent weeks, Ankara sent in troops and equipment to strengthen monitoring points it set up to inspect a previous cease-fire, which has since crumbled but also deployed around towns threatened by the Syrian military advances.

The deployment and the new defensive role brought Turkish troops into a direct and rare confrontation with Syria troops that killed at least eight Turkish military and civilian personnel and 13 Syrian soldiers on Monday.

Coronavirus death toll exceeds 600 as number of cases surpasses 31,000
Coronavirus -WHO warns of global shortage of protective equipment
To Top