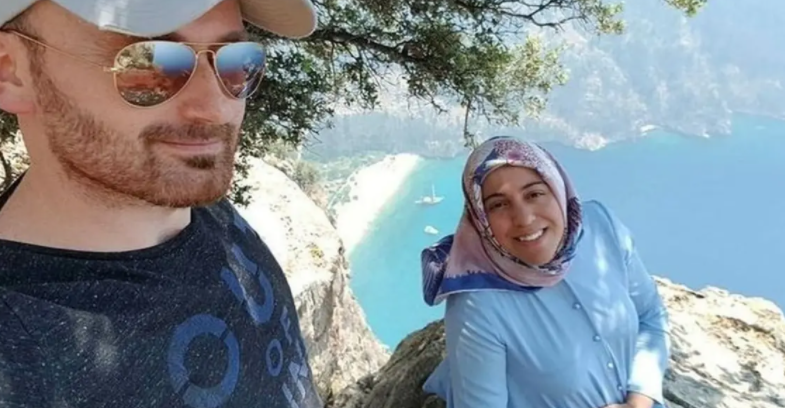 A Turkish man has been detained for pushing his pregnant wife off a cliff in 2018, then demanding her life insurance following her passing, UK’s The Sun publication reported on Wednesday.
Forty-year-old Hakan Aysal allegedly pushed his wife off a 1,000-foot cliff while the couple were on vacation in Butterfly Valley in Mugla, Turkey.

Aysal’s wife Semra Aysal, who was 32 years old at the time of the incident, was seven months pregnant when she and her husband were taking photos on the cliff. She and the couple’s unborn child were killed immediately after the fall.

The couple reportedly stayed on top of the cliff for three hours “so that he could make sure no one was around.”

“In the indictment prepared for the crime of ‘deliberate murder’ against the husband, it stated he planned an ordeal in order to get the guarantee of £40,865 [$56,605] from insurance,” according to The Sun.

Aysal reportedly made the insurance application soon after his wife’s death, “but it was rejected when news of the probe was unveiled.”

Following the wife’s death, her brother reportedly said the family found out that Aysal had taken three loans on behalf of his wife while she was still alive.

In a statement carried by The Sun, Aysal disputed killing his wife, stating: “After taking a photo, my wife put the phone in her bag. Later she asked me to give her the phone. I got up and then heard my wife scream behind me when I walked a few steps away to get the phone from her bag. When I turned back, she was not there. I did not push my wife.”

The investigation is currently active, and Aysal remains in custody.