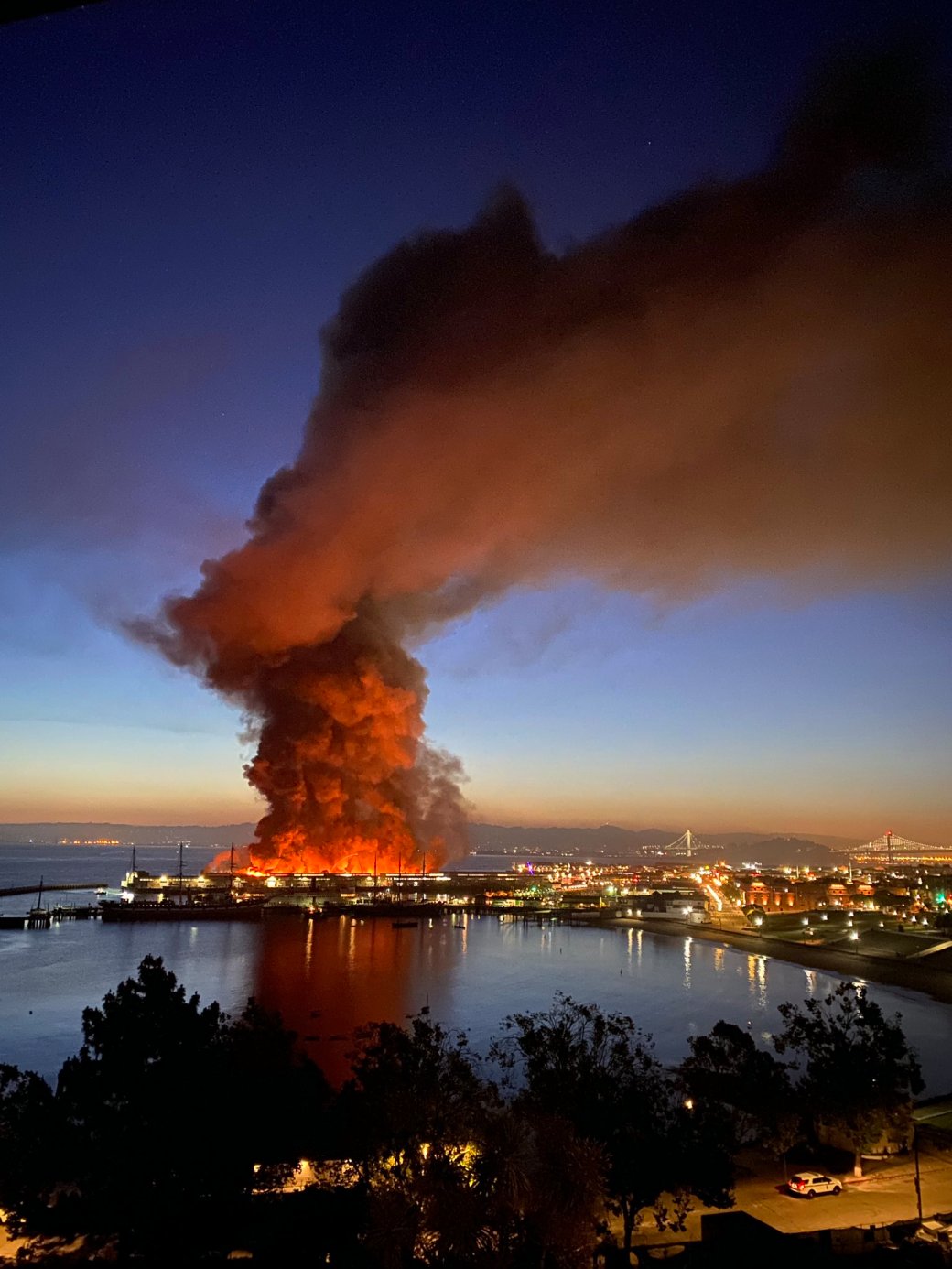 According to CNN, More than 125 San Francisco firefighters are battling a four-alarm warehouse fire Saturday on Pier 45, the city’s fire department says.

A quarter of the pier at Fisherman’s Wharf “has been lost to the flames,” according to the San Francisco Fire Department public information officer. No injuries have been reported. The pier has been fully evacuated, the department says.
Officers report the fire caused a partial building collapse on the southern part of the pier, spread to two buildings on the pier and is in danger of spreading to a third, the Fire Department says.
Fireboat St. Francis was put in a position to protect the historic SS Jeremiah O’Brien ship built during World War II, and it successfully saved the ship from damage, said Jonathan Baxter, the department’s spokesman.
Partagez1
Tweetez
Partagez
+1
1 Partages