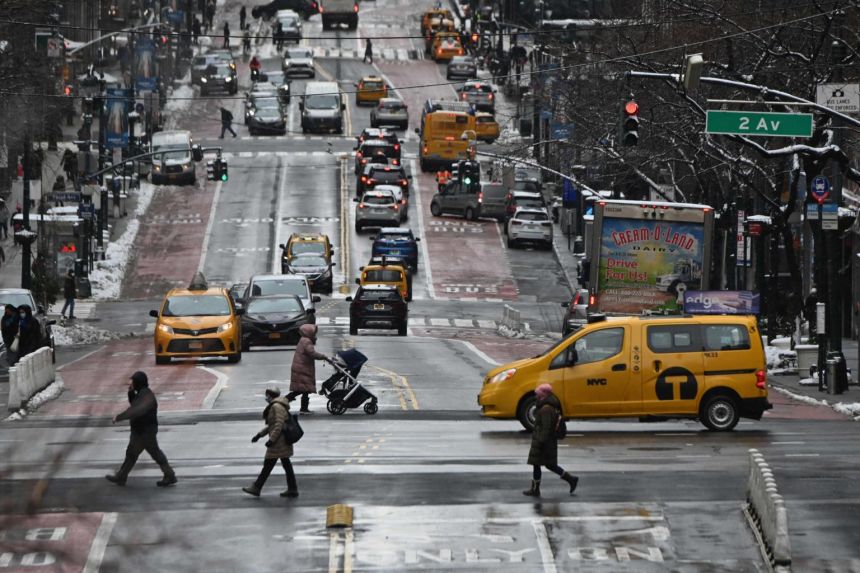 A new coronavirus variant that shares some similarities with a more transmissible and intractable variant discovered in South Africa is on the rise in New York City, researchers said on Wednesday.

The new variant, known as B.1.526, was first identified in samples collected in New York in November, and by mid-February represented about 12% of cases, researchers at Columbia University Vagelos College of Physicians and Surgeons, said on Wednesday.

The variant was also described in research published online this week by the California Institute of Technology. Neither study has been reviewed by outside experts.

The Columbia researchers said an analysis of publicly available databases did not show a high prevalence of coronavirus variants recently identified in South Africa and Brazil in case samples from New York City and surrounding areas.

“Instead we found high numbers of this home-grown lineage,” Dr. Anne-Catrin Uhlemann, assistant professor in the division of infectious diseases at Columbia University’s College of Physicians and Surgeons, said in a statement.

The Columbia study found that B.1.526 shares some worrying characteristics with B.1.351, the variant first identified in South Africa, and P.1., which was first identified in Brazil. Several studies have suggested that those new variants are more resistant to some existing vaccines than earlier versions of the coronavirus.

The researchers said the main concern is a change in one area of the virus’ spike protein, called E484K, that is present in all three variants. The E484K mutation is believed to weaken the body’s immune response to the virus.

Studies have shown that recently launched coronavirus vaccines are still likely to neutralize the virus and protect against severe illness, even for infections with new variants. Vaccine makers are also working to develop booster shots to combat mutated versions of the virus.