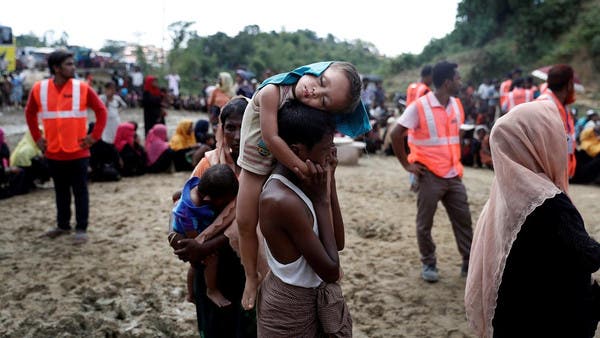 A virtual international donor conference will be held on Thursday to address a “dramatic shortfall” in aid funding for Rohingya refugees, the UN said.

The United Nations Refugee Agency (UNHCR) said Tuesday that the conference was being called “to meet urgent humanitarian needs of forcibly-displaced Rohingya both inside and outside Myanmar.”

The UN has appealed for more than $1 billion to meet the humanitarian needs of Rohingya refugees in Bangladesh, where more than 800,000 are sheltering in sprawling camps, having fled across the border.

However, the response is facing a “dramatic shortfall”, said UNHCR spokesman Andrej Mahecic.

“Less than half of the requested funds have been received so far,” he told reporters at the UN in Geneva.

The virtual conference, scheduled to run from 1200 GMT to 1430 GMT, is being co-hosted by UNHCR, the United States, Britain and the European Union.

Mahecic said the situation needed stronger international support and a redoubling of efforts to find solutions for this stateless and displaced population.

“The spread of the Covid-19 pandemic has added layers of new challenges and needs to an already complex and massive refugee emergency.”