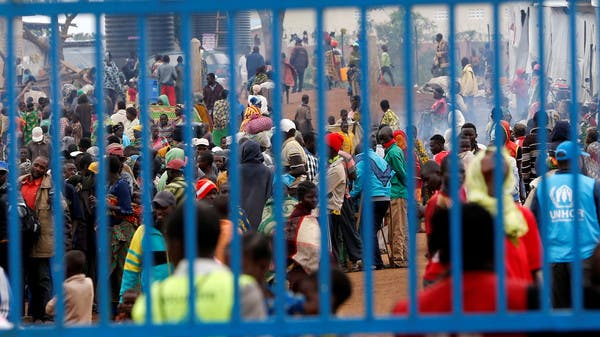 The United Nations refugee agency says it is “saddened and alarmed” after at least 10 refugees were killed in an attack last week by local residents in northern Uganda amid tensions over increasingly scarce resources.

At least 19 others were injured in the dispute, including a member of the host community in the Rhino refugee settlement. Fifteen refugee houses were destroyed and another 26 were looted and vandalized, the UN agency said in a statement.

Sporadic violence has been reported over the years in settlements hosting hundreds of thousands of refugees from neighboring South Sudan, including clashes between members of ethnic groups.

But the violence is rarely deadly.

Although Uganda has been praised for keeping its door open to refugees, authorities warn of the strain on local resources and some have said the international community is not offering enough support.

The East African nation now hosts more than 1.4 million refugees, most from South Sudan. Refugees are normally given plots of land in efforts to integrate them into host communities.

But tensions have grown amid funding shortfalls that forced the World Food Program to cut food rations or cash transfers by 30 percent in April. The agency said in August that the coronavirus pandemic had stretched its resources, warning that it “will be forced to cut deeper in the coming months” unless additional cash is received.

“The disproportionate violent reaction by the host community to a communal dispute signals a threat to the delicate balance of peaceful coexistence in the rural villages where refugees live alongside their Ugandan hosts,” said Joel Boutroue, the U.N. refugee agency’s representative in Uganda.

The latest violent incident is “alarming,” he said, because refugees as well as host communities “face increased hardships and decreased access to basic services and livelihoods.”