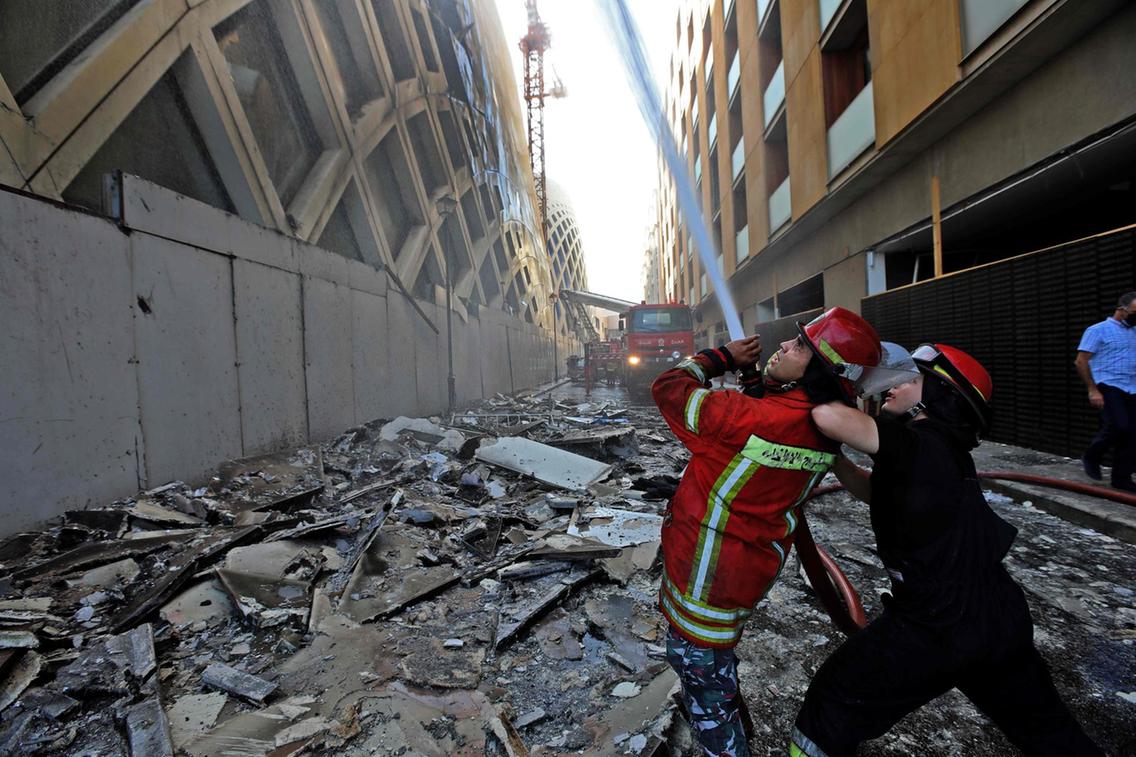 A fire broke out on Tuesday morning at the Zaha Hadid building in Beirut. Videos on social media revealed firefighters trying to exterminate the fires as smoke billowed from the building and over the Hilton hotel next door.
Crowds rallied throughout the famous building, designed by celebrated architect Dame Zaha Hadid, as parts of the outside wall fell away in the flames.
The Lebanese Civil Defence has declared that the flames are now under control. There have been no injuries reported so far.