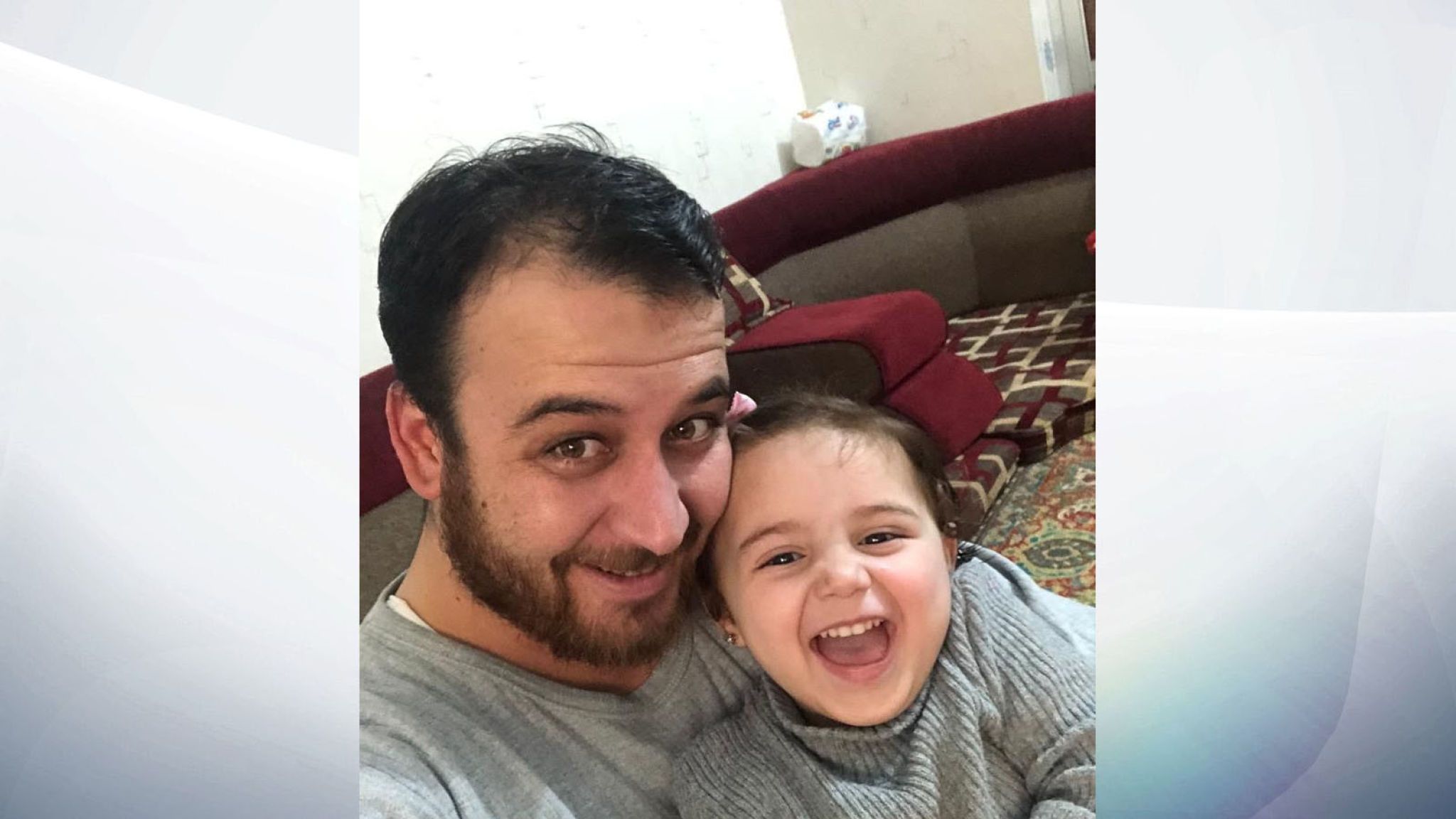 Most children would cry out in fear if they heard falling bombs. But Abdullah Al-Mohammad’s three-year-old daughter Salwa laughs.

The family have been forced to flee their home in Saraqib – a city in the eastern countryside of Idlib – due to the Syrian civil war.

They are living at a friend’s house in a town in Idlib province, called Sarmada, where they are still surrounded by near-constant explosions.

In an effort to protect Salwa from the “psychological crisis” that he has seen other children in the community endure, Mr Al-Mohammad chose to turn the terrifying noises into a game.

Every time a bomb falls, he pretends the noise is a firework or toy gun.

“She is a child who does not understand war,” Mr Al-Mohammad told Sky News.

“I decided to teach Salwa this game to prevent her psychological state from collapsing. So as to not be affected by diseases relating to fear.”