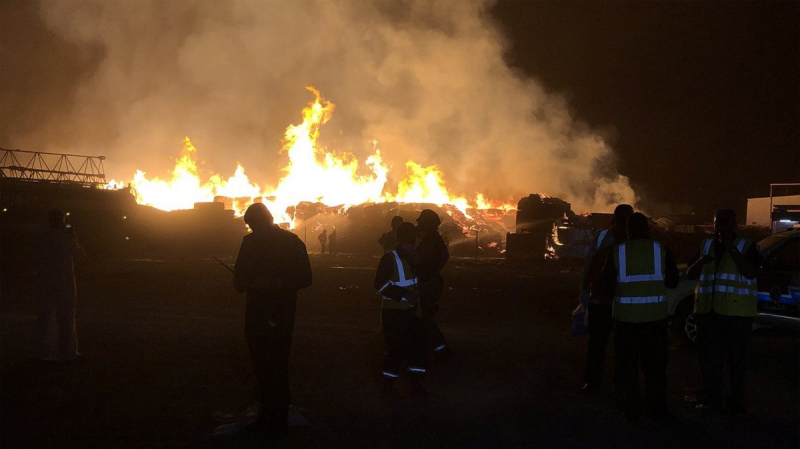 A huge fire broke out on Monday evening in Abdullah Port, Al Ahmadi Governorate in Kuwait, which destroyed more than 3,000 new cars, different goods, dyes and wood, according to KUNA news agency.
Lieutenant General Khaled Al Mekrad, director-general of Kuwait’s Fire Department, reported to Kuwait TV that nine fire stations were dealing with the huge fire that broke out in a warehouse in Mina Abdullah area, measured at 125,000 square meters.

He announced the outbreak of fire in an open area and wind activity made it challenging for firefighters, who were attempting to contain the fire.