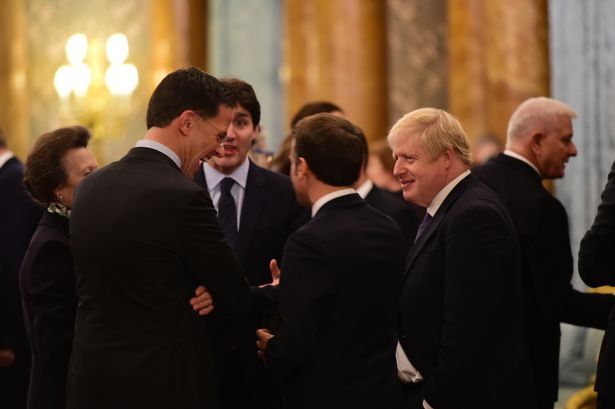 World leaders attending the Nato summit have been discovered smirking while talking Donald Trump  with Boris Johnson and Emmanuel Macron appearing to pass commentary on the US leader.

In the video, Boris Johnson can be observed shifting to Emmanuel Macron saying Is that why you were late?”- Justin Trudeau interposed “He was late because he takes a 40-minute press conference off the top”, in a visible reference to Donald Trump as Macron has just come from a joint press conference with the US president, reported the Independent.
Canada’s prime minister was later caught adding: “You just watched his team’s jaws drop to the floor!”

Macron says then “Oh yeah, yeah, yeah, he announced …” Nevertheless, as his back is turned to the camera, the rest of his comments are muffled.Princess Anne seems to have joined the conversation later.