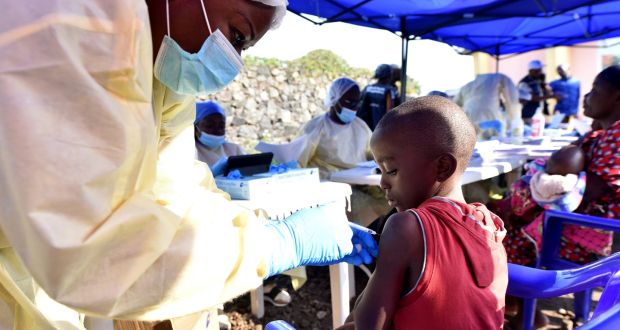 The World Health Organization Director-General Tedros Adhanom Ghebreyesus has proclaimed the Ebola outbreak in the Democratic Republic of Congo an international health emergency.
The Ebola outbreak has killed more than 1,650 people in Congo. The virus reached this week to Goma, a city of two million people.
Robert Steffen, chairman of WHO’s emergency committee said “It is important that the world follows these recommendations. It is also crucial that states do not use the [Public Health Emergency of International Concern] as an excuse to impose trade or travel restrictions, which would have a negative impact on the response and the lives and livelihoods of people in the region,”.

Tunisia-Travel ban imposed on Nabil Karoui
Tunisia-Safi Saïd: No single individual today can be president of Tunisia
To Top