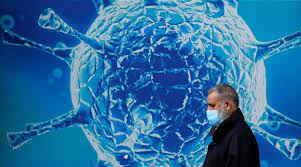 The World Health Organization on Friday declared the recently-discovered B.1.1.529 strain of Covid-19 to be a variant of concern, renaming it Omicron.

“Based on the evidence presented indicative of a detrimental change in Covid-19 epidemiology… the WHO has designated B.1.1.529 as a variant of concern, named Omicron,” the UN health agency said in a statement.

Meanwhile, EU officials holding an emergency meeting over the variant agreed on Friday to urge all 27 nations in the bloc to restrict travel from that region.

The measure was only a recommendation to suspend flights from those African nations.

“This is not a formal decision but a recommendation. It is up to each member state to take its own decisions,” an EU official told AFP.

Many EU member states had already gone ahead with flight suspensions from some or all of the seven African countries. Others were expected to follow suit over coming days.

An EU official told AFP that the diplomats and officials meeting in Brussels under the EU’s Integrated Political Crisis Response (IPCR) mechanism opted to emphasise “restrictions” over travel suspensions.

That is because EU citizens and residents were allowed to return to their home countries — though will likely face PCR tests and quarantine on arrival.

Non-EU citizens and residents would be barred from travelling into the EU under the agreed recommendation.

The current Slovenian presidency of the European Union tweeted that the IPCR meeting agreed to activate an “emergency brake” allowing member states to rapidly change travel criteria to keep pace with changes brought on by Covid.

The presidency “called upon members to test and quarantine all incoming passengers” in its tweet.

There was no immediate fuller statement giving details, so it was not clear whether that meant passengers from the seven African countries, or all passengers arriving in the EU regardless of point of origin.