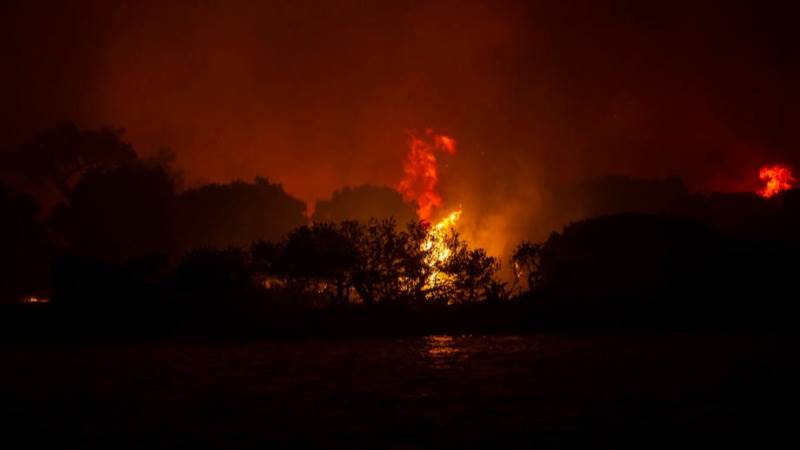 Wildfires in Turkey proceeded to spread on Wednesday and reached the Kemerkoy thermal power plant in Milas, which is reported to house approximately 40 thousand tons of coal inside.

The hydrogen tanks at the plant have been cleared in advance as a precaution, nevertheless, multiple blasts were heard as the fire took over the facility. The crews and nearby areas have been evacuated.

It’s the eighth consecutive day for the fires to spread across Turkey with a total of 129 fires erupting in over 30 provinces. So far it is estimated that 95,000 hectares were burned.