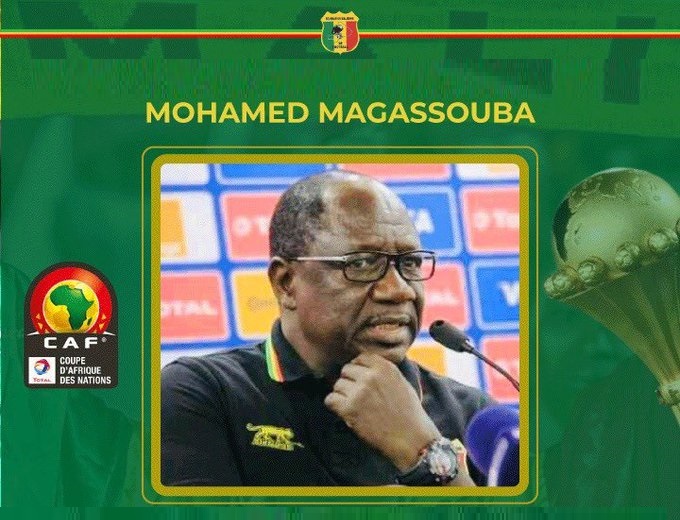 What’s new in Tunisia’s competitor in the World Cup playoff, Mali! The President of the Executive Committee of the Malian Football Federation Mamoutou TOURE was at a press conference this Wednesday to talk about Mali’s participation in CAN 2021 and speak about their chances during the play-offs against Tunisia.

– The first news announcement is that the current coach, Mohamed Magassouba will be overseen by a college composed of former figures, namely: Frédéric Kanouté, Cédric Kanté, Mohamed Sissoko, Eric Chelle and likely Seydou Keita. This was confirmed by the Malian official: “How a Coach who has the best diploma in the World does not permit us to achieve our goals. Magassouba is the coach of Mali but he will no longer handle the Mali national team alone. The essential point that was settled with the Coach with regard to the upcoming deadlines, we offered to create a college around the coach to play the 2 matches against Tunisia. We made contact with Frédéric Kanouté, Cedric Kante, Momo Sissoko, Eric Chelle and Seydou Keita via an intermediary”.

– On the effective side, other reinforcements are to be contacted, namely some Malian dual nationals: “We are in negotiations for the coming of Abdoulaye Doucouré (Everton FC), Moussa Dembélé (Olympique Lyonnais) and Cheick Doucouré (Racing Club de Lens) and by the end of the week we will have a result”.

– In addition, after the match against Tunisia, everything will be determined for his future: “After the 2 matches an evaluation will be made on Magassouba and we will choose to continue with him or not. Whatever our relations or affinities with Magassouba, we need results if that is not enough we will switch, there is no doubt”. Ultimately, remember that the task of the Eagles of Carthage will no longer be easy since the last official setback of the A selection of Mali at March 26 stadium dates back to October 15, 2014, against Ethiopia, on behalf of the Qualifications for CAN 2015, where the Malian Eagles lost 2-3.

WTA Dubai: Ons Jabeur qualifies for 1/4
Basketball: The next edition of the Arab Nations Championship to be held in Tunisia
To Top