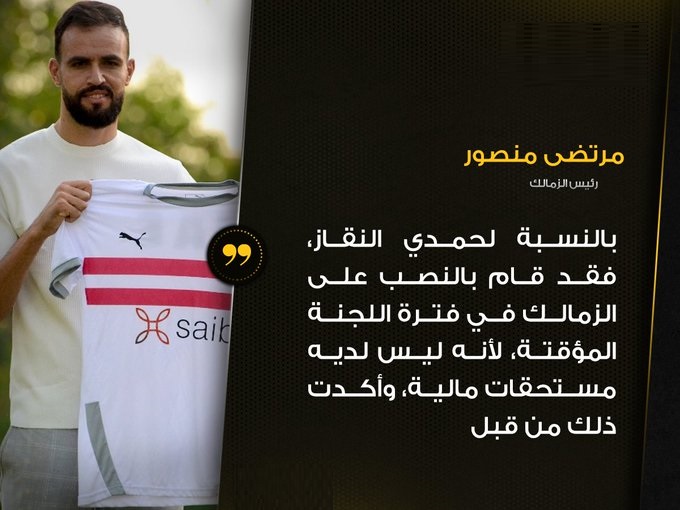 The president of Zamalek of Cairo Mortada Mansour tackled, during a press conference, the former defender of the club and current player of Ahli Jeddah: “Hamdi Nagguez perpetrated a fraud against Zamalek during the period of the interim committee ”.

As a reminder, the Tribunal Arbitral Sportif (TAS) ruled in favour of Zamalek in the case which opposed him to Nagguez who had commanded to obtain 1.3 million dollars that he demanded but in return, he was forced to pay the costs of the file to the Zamalkaouis.

Hungary: Laïdouni’s third goal of the season with Ferencváros
Serie A: AC Milan punish Salernitana and Kechrida
To Top