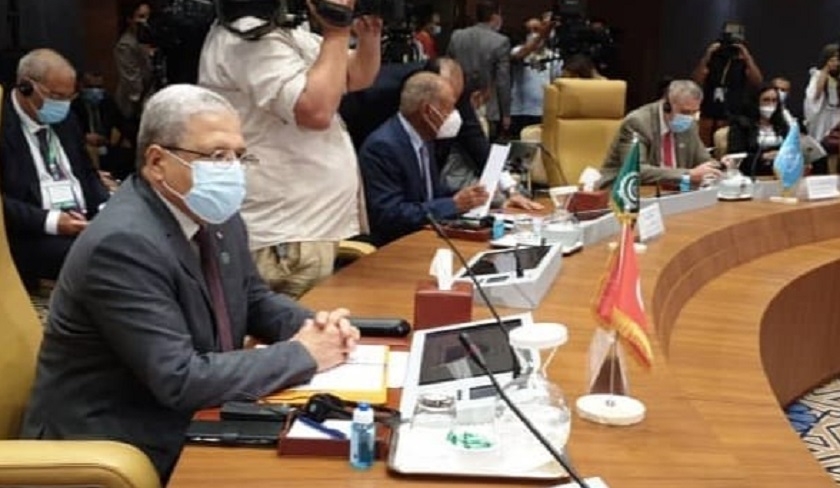 “Tunisia has constantly asserted, on every occasion and at all bilateral, regional and international levels, that the security of Libya and its stability have a direct impact on the stability and security of Tunisia. We reaffirm our backing for the Libyan people and for their sovereignty to take the proper decisions for their country, far from any intervention ” Minister of Foreign Affairs Othman Jerandi said during the meeting of the neighbouring countries of Libya which was held in Algeria.

“We believe that the existing hurdles, foremost among which are the security challenges connected to terrorism and organized crime, require us to be more vigilant, careful and responsible in terms of joint coordination and the exchange of information, far from all which could scramble the relationships between the two nations and the two brotherly peoples ”he continued.

Mr Jerandi later indicated that Tunisia, which has encountered the democratic transition and its complexity, is today undergoing a new turning point initiated by the President of the Republic, who declared on July 25 exceptional measures after having become aware of the menace lurking in state institutions caught up in political tension and the ensuing threat to democracy.

“As much as we are confident in the steps we have taken to protect our democratic process and strengthen its institutions, we are completely confident that the brothers in Libya are capable of going beyond this stage and of establishing lasting stability in the framework of sovereignty and national unity, in a democratic system with Libyan references which answer to the choices of the Libyan people and their aspirations to establish a modern, civil, solid and united State ”added the Minister.

Tunisia: SNJT condemns the “black-out” policy exercised by the Presidency of the Republic
Tunisia-Ali Laarayedh: Ennahdha refuses to be the scapegoat
To Top