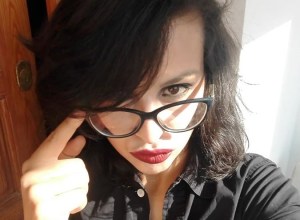 The third correctional division of the Tunis Court of First Instance, on Thursday, decided to defer trial in the case of blogger Emna Chargui until next July 2, announced deputy public prosecutor and spokesperson for the court Mohsen Dali in a statement to the TAP.
Dali stated to the TAP by the phone the blogger has been kept at liberty.
On May 2, Emna Chargui, 27, shared a photo on Facebook including a satirical text that emulates the format of a Quranic verse concerning the COVID-19 pandemic. The post has provoked a powerful response from people on social media who saw it offensive and called for her punishment.
On May 4, Chargui was summoned by judicial police who questioned her the next day in the presence of her lawyer.
She, on May 6, appeared in court before the prosecution who did not allow her lawyer to accompany her. Without introduction or knowing who the prosecutor was, a panel of seven individuals interrogated her for half an hour, including questions linked to her faith, Amnesty International announced in a statement.
According to the TAP, On May 6, the prosecutor of the Tunis Court of First Instance charged her with «inciting hatred between religions through hostile means of violence» and “offending authorized religions” following Articles 52 and 53 of the Tunisian Press Code.
These charges are punishable by a sentence of up to three years imprisonment and a fine up to 2,000 Tunisian Dinars.